I (Zeus) AM THE OWNER of this forum. CLICK FOR MORE DETAILS 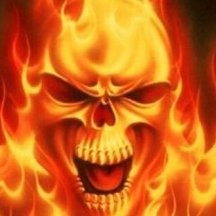 I am making this announcement in response to the fake banners set up at my other forum "Board4All" by my own real-life family members "Challenger" (whose real-life name I will not reveal right now) and "Markat" (real-life name Kate) who wanted to create a rebellion in that forum and turn the other staff members there who were against selling pirated software, against me.

To create a diversion and confuse unsuspecting members of Board4All into hating this TIRA forum as a whole, Challenger embarked upon the stragtegy of claiming through a huge banner put up at that forum that TechLord owns this TIRA forum.

The user "TechLord" is NOT the owner of this Team-IRA (a.k.a TIRA) forum.

He sold it off to me in 2019 after which I continue to be the sole owner of this forum.

I @Root Admin also go by the moniker "ZEUS" and I am the original founder of my other forum Board4All.

the Administrators of the Board4All forum and I continue to pay dearly for that foolhardy decision.

Challenger and Markat along with some other staff like "JonArbuckle" in that Board4All forum of mine, decided to turn against me and created a rebellion.

At the time, I, ZEUS, decided not to fight against my own family members, which could cause a split in that forum and so decided to "kill" my online avatar (Zeus avatar) in that forum.

My own family members Challenger and Markat were cruel enough to then decide to open a thread with an "anniversary candle" saying "Rest in Peace" knowing full well that I was still alive and living in their (real-life) home! (Of course, that home that they are also living with me in belongs to me but that is another thing).

"Rest in Peace" when the person is well and alive!

But this was something I did for the sake of my real-life family.

Tonyweb, the person responsible for this whole fiasco:

The person wholly responsible for this unfortunate series of events is the user "tonyweb" who, just for the sake of getting the DevGuild title, created differences and sowed discord between me and the other Board4All admins thereby causing a major rift in the forum.

It was due to this "tonyweb" person, who wanted to get hold of the VIP content and sell it for profit that there ensued this split and dissension among the staff members of my forums. While appearing to be charming on the surface, this user "tonyweb" is nothing but a seller of cracked and pirated software who steals the reversing software and tools from every forum that he sets foot into, to later re-post elsewhere as his own or sell at a good profit if possible.

Naturally, the existing staff of B4A favor this "tonyweb" guy since he aids them in selling their cracked software for monetary profit.

Like I said, the reason I decided to finally break my silence and come out with these truths is so that innocent users would not get blamed blamed for this fiasco created and propagated by these crack and pirated software sellers like "tonyweb", "Challenger", "Vietcode" and the likes.